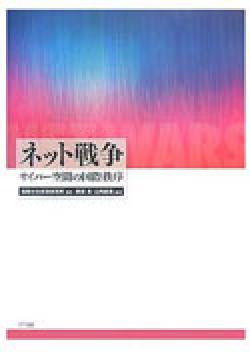 This publication is based on a research report on the role of nations and cyber governance in the information age, which was prepared by the Institute for International Socio-Economic Studies (IISE) in Tokyo with the support from NEC in fiscal 2006. The subject matter is quite important and urgent in this age of information and globalization with increasing conflicts of various kinds not only in the real world but also in the virtual cyberspace.

The content of this book consists of two parts: Part 1 deals with some recent cases of national conflicts involving internet use by nations and other social groups, and Part 2 focuses on the current status of discussions on internet governance in the international community, mainly progressing in Europe. Some of the key words that are taken up in this book are: “hacktivism”, “Internet censorship”, “cyber terrorism” and “cyber security”, to name just a few.

Probably one of the most fascinating episodes in this field is several cases of Chinese hacktivism attacking Japan, the US and other countries in the past, which is well-documented in Chapter 2 (“Risks and Threats in Net Society,” written by Y. Yamanouchi). This highlights hacktivist groups in China which have conducted “social hacktivism,” meaning relatively large-scale political activities against various, mostly official, websites, in foreign countries. In the case of China, there were well-known hacktivist groups such as the “Chinese Honker Union,” but their activities have been suppressed for the last couple of years, due to strict regulations by the central government in China.

The most recent case, still vividly remembered by many Japanese, is Chinese attacks against Japan’s intention to become a permanent member of the UN Security Council in 2005, when a group of Chinese hacktivists called for cyber attacks against some official and personal websites including those of the Japanese Embassy in Beijing, the Japanese Prime Minister’s Office, Yasukuni Shrine, Meiji Shrine, 2 Channel as well as some “anti- China” specialists in spring and summer 2005. What is interesting is the fact that a Japanese hacktivist group launched a counterattack against the Chinese group, and the situation appeared to have been out of hand, almost looking like a “Net War” between the two countries, at one time. As is well known, however, the crisis was avoided by the Chinese government’s actions later that year to curb any anti-Japanese activities in the real as well as the cyber world.

This episode seems to signify the phenomenon of rising nationalism and its popular expression in cyber space in many of the emerging countries as well as the urgent need for the implementation of cyber security and appropriate regulations, if necessary. This book is full of important ideas and suggestions in this regard.

Hopefully, the authors will be able to work further on the “Net War” theme to write a book in English for a wider audience, including some of the key issues that governments, businesses as well as individuals are currently facing in the era of increasing cyber crimes, virus attacks, and cyber terrorism of various kinds.

The foreword of this book was contributed by former NEC Chairman and IISE Honorary Advisor, Tadahiro Sekimoto, who passed away soon after the final editing of his foreword. In a sense, this book might be regarded as a final tribute to him.

This review was produced in collaboration with Global Communications Platform and first published on the Platform: http://www.glocom.org