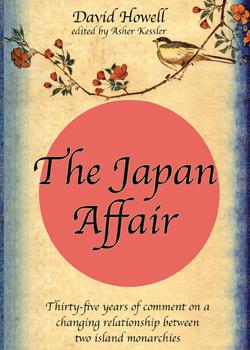 Japan and Britain are not only democratic nation states that happen to be islands, as both the author of this book and the former Japanese ambassador, Tsuruoka Kōji, remind us in their prefaces, but they are also monarchies in a world where monarchies are increasingly rare and they both once had extensive empires, albeit for a much shorter period in the case of Japan. They have therefore often been compared with each other, but their relationship has certainly had its ups and downs since diplomatic relations were established 150 years ago. That is the coy way of referring to the years 1941-1945 when Britain and Japan were at war. But there were earlier ‘downs’ too, such as the Normanton Incident of 1886, when a British ship sank off Wakayama. The British captain, along with the European crew members, escaped in the lifeboat, leaving the Indian and Chinese crewmen, along with all the Japanese passengers, to drown. Britons were not subject to Japanese law at this time owing to the ‘unequal treaties’, but following an outcry the captain was eventually brought before a consular court in Japan, which sentenced him to three months’ imprisonment but made no provision for compensation for the deaths of the passengers. This was one of a number of incidents which led many Japanese at the time to nurture strong anti-British feelings, and who can blame them? The ups and downs, this episode reminds us, cut two ways.

Lord Howell of Guildford is a long-serving Conservative government minister who chaired the UK-Japan 2000 Group (current UK Japan 21st Century Group) in the closing years of the last century and who, since 1985, has been writing regularly for The Japan Times. This volume contains an edited collection of his columns with some interspersed comments to provide continuity and context. From the very first essay, written in 1985, several characteristics of these essays stand out clearly: firstly, there is the author’s conviction that Britain has much to learn from Japan. Secondly, he distances himself from what used to be called the ‘Japan-bashers’, patiently showing that their understanding of Japan is shallow. And thirdly, as an economics graduate of Cambridge, he naturally focuses on bilateral trade issues, but he is also concerned by Japan’s standing in the world and participation in the international community.

To read these essays is to be reminded forcefully of the passion aroused by issues that are now largely forgotten, such as the trade imbalance in the 1980s and 1990s. It is also to be reminded of the extent to which the world and geopolitical balances have shifted, for what seems extraordinary now is how infrequently China appears in Howell’s earlier essays until, in 1993, he presciently warned of the challenge that would be posed in the future by cheap, high-quality products from China. On the other hand, it is surprising how many themes are still with us today. One is the natural disasters to which Japan is prone, and in connection with the Kobe earthquake of 1995, in which 6000 people lost their lives, Howell draws attention to how much sympathetic interest this aroused around the world, seeing it as a sign of how much aware of Japan the world had become. The same, of course, was true of the much more damaging Fukushima earthquake and tsunami of 2011. Another is the reform of the United Nations, which Howell first wrote about in 1986, pointing out the failure to reflect Japan’s position in the world in the structure of the UN. Thirty-four years later, nothing has changed, and the UN remains a reflection not of current realities but of the world in 1945. And the third is the impact of the price of oil. In 2008 Howell wrote about the collapse of the price of oil in response to low demand, and that is also the subject of his most recent essay, published in The Japan Times on 31 May 2020 but not included in the this book, in which he notes that what is pushing the oil price down now is not only low demand but also a growing resistance to the use of fossil fuels.

Howell wrote his preface in March 2020, just before the ravages of the COVID-19 pandemic became horrifyingly apparent. In June, as I write this review, the death toll in Britain has already risen to some forty times that in Japan and continues to rise. What, many are wondering, has caused this disparity. As an indirect result of the pandemic, some of the expectations Howell expressed in the last couple of years have become more questionable. Writing in 2018, he stated that few thought President Trump would be denied a second term, but the picture is very different now. Similarly, he wrote in his preface that a No-Deal exit from the EU at the end of 2020 was ‘very unlikely’, but just three months later it is looking more likely than ever.

It is inevitable that some of these essays have not worn the passage of time well and that some readers may not be convinced by the arguments Howell advances. Readers may also be struck by the fact that the more recent essays are less focussed on the Anglo-Japanese relationship and consist instead of reflections of the turbulent changes of the last couple of years. Nevertheless, what runs through this book is Howell’s conviction that the close connections between Britain and Japan have been mutually beneficial and deserve to be nurtured to our mutual benefit, and few members of the Japan Society will disagree with that.