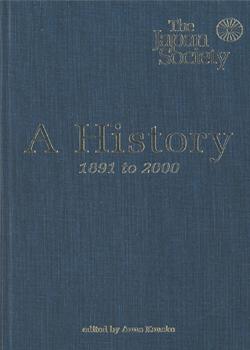 In preparing this history, Sir Hugh Cortazzi drew on a wealth of material in the Society's archives. This volume edited by Anne Kaneko was issued to coincide with Japan 2001, a celebration throughout the UK of 400 years of bilateral relations.

First, there are the Society's Transactions and Proceedings in the post-war period. Second, the six large volumes covering the minutes of the council's meetings up to 1996. Third, and possibly the most fascinanting, were some large volumes of cuttings about the Society, its personalities and its activities in the years up to 1914.

The Japan Society is deeply indebted to the three organisations who kindly agreed to sponsor this publication: Kodansha, the London Stock Exchange and Toshiba Europe. It is their geneous donations which have made this publication possible.