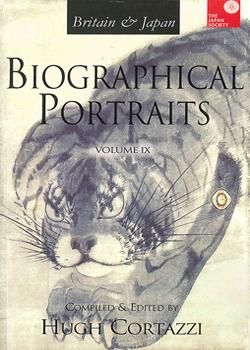 This book forms part of a series recording the lives of men, women and institutions who have played a significant role in the development of UK-Japan relations. The current volume, which contains 57 ‘portraits’, brings the Japan Society’s collection of individual memoirs to a cumulative total of nearly 500. When read together these give a many-faceted picture of modern history, shedding light on controversial issues, illuminating past successes and failures, and providing a valuable point of reference for researchers and historians.

Structured thematically in four Parts – Japan in Britain, Britain in Japan, Scholars and Writers, Politicians and Officials – the highlights in this volume include ‘The Great Japan Exhibition, 1981-82’, ‘Japanese Gardens and the Japanese Garden Society in the UK’, ‘Cricket in Late Edo and Meiji Japan’, ‘Norman Macrae, pioneering journalist of The Economist’, ‘Arthur Balfour – managing the emergence of Japan as a Great Power’, ‘Michio Morishima, an economist ‘made in Japan’’, and ‘Margaret Thatcher – a pragmatist who radically improved Britain’s image in Japan’.