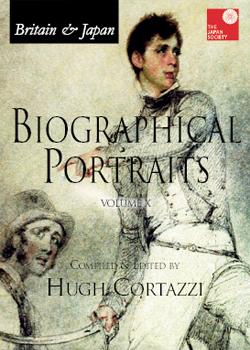 This tenth Volume in the series, comprising a total of sixty-nine essays, offers a further wide-ranging selection of portraits and themes that celebrate the life and work of men and women, both British and Japanese, whose contributions are worthy of being remembered in the history of Anglo-Japanese relations. Here, the portraits of key figures range from Sir Stamford Raffles in the nineteenth century to Lisa, Lady Sainsbury in more recent times.

Importantly, the volume provides a special focus on Anglo-Japanese trade and investment – a major theme in the history of Anglo-Japanese relations, which is worthy of considerably more explanation. General subject-matters include Bonsai in Britain, Victorian Novelists in Japan and Britain and the JET Programme.

The volume is divided into the following sections: Personalities and Entrepreneurs, Writers and Broadcasters, Missionaries, Politicians, Officials and Diplomats, Scholars, Business, Trade and Investment and Culture. Also included is an extensive eighteen-page Select Bibliography of Works in English relating to Anglo-Japanese relations, together with a list of works in Japanese.