Kim Jong-il: North Korea's Dear Leader, who he is, what he wants, what to do about him 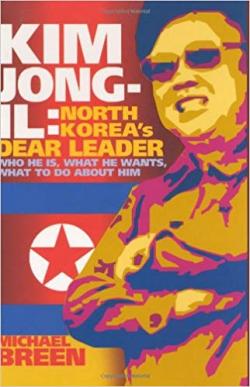 Few of us in Japan still remember the "armed guerrilla force incident" when, in January 1968 in Seoul, a North Korean special commando squad comprising 31 highly trained soldiers suddenly emerged and made it to within literally a stone's throw from the Blue House, where the then South Korean President Park Chung-hee lived.

Michael Breen, a veteran journalist who now consults those wishing to do business with the North Koreans, reveals in his new book that the mission of the commandos was "cutting off President Park's head by February 8, the twentieth anniversary of the founding of the (North) Korean People's Army."

Indeed fewer still know the even more striking fact of what happened to the single survivor of the commandos. According to Breen, "[t]he sole survivor, named Kim Shin-jo, received letters in prison from some Korean Christian girls, married one of them when he was released and went on to become a Presbyterian preacher" (p.28). what a metamorphosis! Breen's vast knowledge based on his twenty-year dealings with both Koreas tells us in a neighbouring country how little we actually know of them, and of Kim Jong-il in particular.

One of the central questions that the author addresses, and the one that continues to intrigue all of us worried about the "Hermit Empire" is the question Breen put as a chapter title: Is Jong-il evil?

The answer, without doubt, cannot be simplistically black and white. Even for a member regime of George W. Bush's famed "Axis" there have to be elements of rationality in order to carry on for as long as half a century. Breen therefore lays out no clear cut answers to the self-imposed question. Instead he attempts to ask as many questions as one of the best informed observers possibly could about Kim Jong-il, which is indeed the utmost that one can conscientiously do. Readers can learn more from his questions than from the answers he tried to give. The touch of a seasoned journalist is evident across the volume, as is shown below.

Some years ago a representative for Hennessy confirmed for me that Kim Jong-il was the company's biggest single customer for its Paradis cognac. He was apparently spending around US$ 700,000 a year on it. (Interestingly, my informant explained, Paradis purchasing patterns offer an indicator of political stability. Higher sales usually mean an increase in gift-giving by the leader to key people to keep them sweet. In other words, an increase in sales equals a rise in political nervousness (pp.143-144).

This being the case, the "Paradis indicator" must have soared of late, since he, "the only Fat Bastard in the whole country (p.147)," should be busy entertaining the Russians and the Chinese, not to mention his army brass "while he's been sticking his beak into glasses of Burgundy and moaning about the lamb, 10 percent of his country's population has died of famine (p.147)."

To conclude, the author proposes that the US adopt what he terms "a comprehensive engagement approach" in that North Korea is offered "a non-aggression pact…a US embassy in Pyongyang, loans and access to US markets" and the South persuaded to "broaden negotiations to include discussions of human rights (pp.177-178)."

Even for some of the hard-liners who may doubt that this soft approach would work, it should be impossible to disagree with the author when he argues: "for the regime [of Kim Jong-il's], it's just a matter of time before it either reforms or faces removal through internal or external events.... Between now and then, however, North Korea's leadership must be dealt with. The argument is how…. The question is, what to do? (pp.173-174)" No doubt this book is a very welcome addition to the very debate of how and what to do with North Korea.