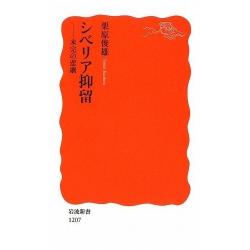 On 9 August 1945, six days before Japan’s surrender to the Allied forces in World War II, the Soviet Army began a massive attack on Japan’s Kwantung Army [関東軍] in Manchuria [満州国] in northeast China. Some 1.6 million Soviet soldiers, 5000 tanks and 5000 planes attacked a Japanese army that had 700,000 soldiers, 200 tanks, and 200 airplanes. In Manchuria, governed by Japan, were 1.5 million Japanese civilians who had migrated there. The Soviet attacks and the ensuing collapse of the Kwantung Army resulted in chaos. The Soviets killed and raped civilians and looted their homes and shops while Japanese soldiers were imprisoned and put into hard labour, mostly in Siberia. The number of POWs was initially estimated at 600,000 but recent disclosures from Soviet archives have kept revising the number upward. While this experience is often summarized as “the POWs in Siberia,” as majority of camps were in Siberia, but in reality there were 2,000 hard labour camps for Japanese POWs spread all over the Soviet Union.

I use the term “prisoners of war” or “POW” but the Japanese word is usually “抑留者” or “detainees.” The Japanese themselves refused to be called prisoners, reflecting the Japanese Imperial Army’s disdain for being captured. The army indoctrinated soldiers to choose death in honour, not shame as captives, and gave them no training on how to act as prisoners.

Although the U.S. and Soviet governments concluded an agreement in 1946 to return Japanese POWs in one year, the Soviet government delayed and threw every possible obstacle in the way of fulfilling that agreement. It was not until 1956, eleven years after Japan’s surrender and three years after the San Francisco Peace Treaty ended Allied occupation that the last ship delivered 811 survivors from Siberia. Even then, the Japanese foreign ministry had the contact addresses of 500 former POWs who still lived in the Soviet Union, in addition to an estimated 900 prisoners whose whereabouts were unknown. And at least 60,000 Japanese died from hard labour, hunger, and illness.

The author, an award winning journalist, interviewed many survivors and their families to present a comprehensive picture of the fate of the POWs. The survivors, in their eighties now, are still fighting in the Japanese courts for an apology and financial compensation from the Japanese government whose wartime policies caused their hardship. All appeals in the court have so far been denied. The Soviets never issued work identification papers, which has hindered their case.

The book points to a contrast in the German government’s treatment of former POWs in Siberia. The number of Germans in the Soviet Union was almost 2.4 million that were detained until 1953. Japanese and German prisoners often worked side by side. Upon the return of the Germans, the Bonn government swiftly passed a special law to provide compensation and various benefits.

Among those who returned to Japan, the president of the Association of POWs in the Soviet Union, Hideyuki Aizawa, ninety years old, is former Vice Minister of the Finance Ministry and was a member of the House of Representatives until he retired at the age 84. In a different publication, Aizawa talks about the “death march in snow” in Siberia. When the war ended, he was a young army officer stationed in China but was ordered to go to Korea which the Soviet army occupied. He was put in a camp, then after a three-week train ride across Siberia, “We were dropped off at a station late at night where the snow was two meter high. The march began as snow was falling, with no knowledge of destination. If you fell asleep during the march, that meant death. Some soldiers stumbled to the ground and never woke up. Occasionally, wild dogs or wolves were running alongside us (looking for a corpse)” After several days, they finally arrived near Moscow where 5,000 middle-ranking Japanese officers were gathered with another 5,000 officers from Germany, Romania and Hungary. Aizawa spent three years in the camp and returned to Japan in 1949.

The life of POWs in Siberia was harsh [see the Review of Falling Blossom in issue 4 for an individual account of one man who was captured in Manchuria and died in a labour camp in Siberia]. The Soviets disarmed the Japanese and divided them mostly into units of 1,000 each, then transported them on the trains to Siberia, where the prisoners were ordered to build their own camps. They were put to work in the forest to cut trees, to build railways, stations, ports, buildings for towns, to work in coal mines and in agricultural fields. Their rations were not enough so they scrambled for extra food by eating food waste from Soviet garbage bins and ate snakes, insects, and grass. Many died from chronic malnutrition. All who tried to escape were caught and shot to death. Many died from accidents with little medical treatment. Each prison was required to be financially independent and the salaries of the Soviet administrators were connected with work quotas filled by the POWs. Many administrators and guards stole food from the POWs to sell in the black market. According to the survivors, the worst enemy was the climate in which temperatures often dipped well below freezing in winter.

Worse than the physical hardships was the Soviet propaganda seeking to brainwash the Japanese. Lower ranking soldiers and non-commissioned officers were easy targets as they were already angry with the senior officers whom they blamed for losing the war against the Soviets. The Soviets did not break up the Imperial Army hierarchy as they figured that an orderly system was better for hard labour. While some Japanese officers tried to help their subordinates, many abused their positions to better themselves. Lower ranking soldiers retaliated by pointing figures at the senior officers as reactionary anti-communists, sometimes causing violence. The Soviets appointed their own officers in charge of propaganda; they published a Japanese language newspaper filled with criticism of the emperor and capitalism but praise for communism and Stalin.

Many prisoners swallowed the slogans or pretended to be converted so they could survive in the harsh environment. This caused problems when they returned to Japan as they were suspected to be Soviet agents and could not get hired by Japanese companies. They were often harassed by the police. Some became “actives,” participating in efforts to brainwash their fellow prisoners and later became involved in socialist and communist activity in Japan. But many only pretended allegiance to the Soviet system. They kept silent about their experience for fear that they would be discriminated against by their fellow citizens.

The Soviet government desperately needed a labour force in the reconstruction of their country as 30 million Soviet citizens died during World War II, according to the Soviet statistics. Stalin’s idea of using POWs as labourers started in July, 1945, when the Allied forces announced the Potsdam Declaration. Although the Soviet Union and Japan had a “Non-Aggression Treaty,” the author of this book determined that neither the Soviets nor Japanese military leaders intended to honour the pact and were preparing to attack each other.

According to Soviet archives, the Soviets put into hard labour not only 640,000 Japanese POWs but also 2.38 million Germans and more from twenty-four other countries, for a total of 4.17 million. The number of Japanese POWs itself became a pawn in the Cold War between the U.S. and the Soviet Union with Americans pushing for a higher number to discredit Soviets, while Soviets continued to argue for lower numbers.

In recent years, the Russians have become conciliatory on this issue. In 1992, President Mikhail Gorbachev of the Soviet Union met in Tokyo with Aizawa and other leaders in the Japanese POWs associations and expressed his sympathy for those who had suffered during the war. In 1993, President Boris Yeltsin of Russia publicly apologized in Tokyo for “the inhuman behaviour of the Russians.” In 2005, the Russian government provided the Japanese Ministry of Health and Welfare microfilms of personal information of 40,940 Japanese POWs who had died during their detention. The information included names, the locations of death, cause of death, and burial spots. The ministry began DNA testing on the remains in Russia in 2003.

There are few publications in English on this subject but the POWs themselves have written published and private memoirs. Japanese academics, nonfiction writers, and journalists have analyzed the tragedy. For English publications, please check: William Nimmo, “Behind a Curtain of Silence: Japanese in Soviet Custody, 1945-1956” Greenwood Press, 1988.