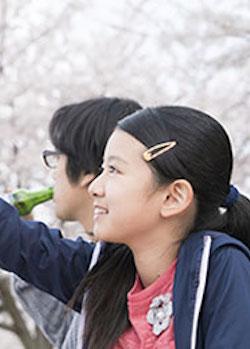 Close-knit has been well-received at a series of international film festivals this year, winning the top audience prize at the Far East Film Festival in Udine. Using a pioneering story-line, it has also done something many contemporary filmmakers overlook, particularly Japanese ones – it flatters its audience.

It’s a matter of principle for me not to give the plot away unless absolutely necessary. That scruple is a bit pointless for the London Film Festival, where every film is described in the publicity material by the mechanics of the plot and sweet nothing else. However, I’m going to try and stick to the principle although, reader, you will need to stay off-line to be able to watch the film with the innocence intended.

The first two scenes set up the plot with admirable economy, whilst hiding the thing that will drive it – what Hitchcock called the ‘McGuffin’. We start in a seriously-neglected city apartment, where an 11-year-old girl, Tomo, has clearly had nothing to eat for days except rice-balls from the convenience store. A mother appears briefly, only to say she’s off for good now as she’s found love. In the second scene, Tomo is checking out a few items in a store. The cashier looks at them, meets the eye of Tomo and just says, ‘Again?!’. It’s her 30-ish uncle who, of course, agrees to take her in but there’s something Tomo should know about his new-ish partner … “surprising”.

The child actor, Kakihara Rinka, is a superb choice for the role of Tomo, whose character will develop and strengthen through her encounters. The surprise for me was that her uncle Makio’s partner is played by Ikuta Toma, who had been the lead in a 2013 film by the action specialist Miike Takashi. Here, his honest acting was unrecognisable.

Uncle had met his partner at the care home where his (and his sister’s) mother lives. I would like to believe that all care homes were as patiently and sympathetically staffed as this one. I think I know why Ogigami wanted to depict care homes so rosily, in a country where the idea has still to gain wide acceptance, but my experiences say that she over-tilted. But this is not where most will see the focus of the film.

Besides appealing characters, nicely understated acting and music, and mouth-watering food, Ogigami had another way of getting the audience completely on her side as it gurgled with infantine delight at Udine. Somehow, we had the feeling that we, the two thousand in the audience, were the enlightened ones in sympathy with the characters’ travails. And, it felt, the less appealing characters occasionally coming from out beyond the walls, were unsuccessful in trying to insert their prejudices amongst us. I can say though, without giving too much away, that this feeling is given a realistic check in the final scene which brings in a long affray between the sexes in a slightly novel way.

I’ll say no more, as I hope the forthcoming screenings at the London Film Festival are the first of many.