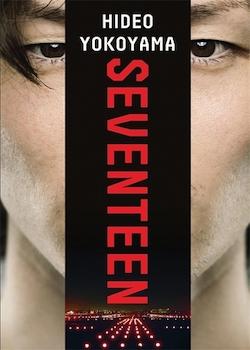 Back in 2007 I began conducting research about the Japan Air Lines flight 123 crash (JL123), the world’s largest single plane crash. At the time there were no books in English wholly about the crash (there are now two – Dealing with Disaster in Japan and Osutaka). There were over 60 books in Japanese, however – a number which has continued to grow over the years. Most of these books are either questioning what really happened to the plane (unlike in most English texts and documentaries, many Japanese are not convinced by the findings of the official report) or are covering the experiences of the bereaved families. However, amongst the books were two novels; Shizumanu Taiyo and Kuraimazu Hai. The second of these is what has now been published in English under the title of Seventeen.

Whilst the original Japanese title gets its name from the English words ‘Climber’s High’, the official translation focusses upon the period of time it took Yokoyama to come to terms with his experiences in 1985 (it is probably also a nod to the only other translation (Six Four), as things stand, of one of Yokoyama’s books being numerical). Yokoyama was a journalist at a local newspaper in 1985 and was one of those who went to the JAL flight 123 crash site. As noted by Yokoyama’s own words in the introduction to the English version (which doesn’t appear in the Japanese version), it took him 17 years to reach a point where he could fully come to terms with his experiences. So there are good reasons for the change in title, but it does make it that much harder to find when searching for it – particularly if you make the mistake of looking for it as ‘17’ rather than ‘Seventeen’. The cover has also mirrored the style of the English version of Six Four, but I can’t help that feel a cover more in keeping the original Japanese version would have been preferable. But in the end, we should not judge a book by the cover – the contents are a masterpiece.

Whilst Yokoyama was a journalist at a local newspaper in 1985 and Seventeen centres around a journalist at a local newspaper covering the crash (together with a second storyline set 17 years later), this book is not directly based on Yokoyama’s own experiences. It is a work of fiction, albeit set within the backdrop of a real event. So what type of book is it? In some ways, this is a bit of a puzzle. The publisher appears to have promoted it as a thriller, but that doesn’t really do the book justice. It’s not completely about a disaster. It’s not totally about the life of a journalist. If anything, it’s about humanity. In many respects the key storyline is not the one you think it is (I won’t say any more so as not to spoil your read), and the omission of this storyline from the 2008 movie (directed by Harada Masato) was the source of the main criticism of what, otherwise, was a well-regarded movie.

Getting to grips with the full meaning of the book takes time – I’ve read the Japanese version many times, watched the two Japanese dramatizations numerous times, met and interviewed Yokoyama Hideo himself (and also some of those involved with the dramatizations), and have now read and listened to the English version. But the full implications of some of the words didn’t come to me straight away. That is not because there is a problem with the way the book is written. It’s just that it’s one of those books where you need time to let it get under your skin and you need to give time to thinking about what is written. Having said that, it is also an easy-page turner and it’s possible to enjoy the story for the sheer drama.

The translator has done an excellent job in faithfully keeping the feel of the original Japanese text. Japanese doesn’t always map well into English and so this can be a real challenge. That one of the key phrases in the original Japanese (下りるため登る, oriru tame noboru) presents itself as a riddle and challenge for the protagonist to fully comprehend, coming up with something in English that can also remain a riddle and open to various interpretations must have been especially difficult. I particularly liked the translation of the ‘Sayama article’ and find it much more emotive than the one used in the English subtitles of the 2008 movie (and which also appear in the book Dealing with Disaster in Japan). It is a shame that publishers don’t allow translators to have a short chapter to discuss the challenges they had to deal with and a space to explain some of the translation choices they made. However, two things the publisher did do that may help some is that some of the original names were changed so that there are less similar-sounding names. Second, a glossary of names, as well as a diagram showing how key personnel in the newspaper company fit into the organisation, are provided. Both of these are very helpful for people to be able to double-check who everyone is.

Turning to the audiobook version, there are a few things that could be improved. First the inclusion of a Foreword by Yokoyama has thrown out the chapter numbers as the Foreword is listed as Chapter 1. Second, and more significantly, it is a real shame that so many of the Japanese names and words are mispronounced – and some inconsistently. For those familiar with Japanese the errors will make you cringe, but I suspect that many more will be unaware of the errors and so it will be less of an issue for them. However, the narrator is very easy to listen to and generally has interpreted the style of interactions between characters in a suitable manner which makes it easy and enjoyable to listen to.

I sincerely hope that we will see more translations of Yokoyama books in the years to come. He has a very engaging style of writing, with vivid descriptions, engaging dialogues and wonderfully crafted storylines. If you were to write a fictional novel based around the real JAL flight 123 crash, I doubt that you would chose a storyline like the one in Seventeen – but that is the beauty of this book; it is original, dramatic and thought-provoking. I hope that we will see a translation one day of the other novel related to the JAL flight 123 crash, Shizumanu Taiyo. As for Seventeen, it is a fabulous read for, and should be a compulsory read for anyone who deals with journalism (either as a journalist or as a consumer) on a regular basis.