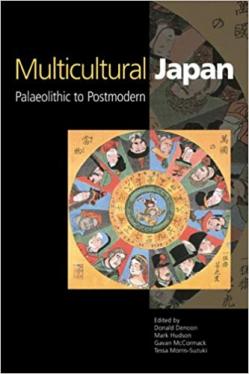 What is Japan? Is Japanese culture unique? How is Japan different from the West or from the rest of Asia? When we ask these questions, we implicitly assume that there is more or less a monolithic and homogeneous "Japan" in the first place. This book provides a clear view that Japan has been and is a multiethnic and multicultural nation, and the concept of Japan's uniqueness and monoculturalism is a relatively recent artefact.

Interestingly, this is the case not only with the Japanese nation as a whole, but also with its important ingredients such as the "ie" (family) institution. In Chapter 12, Ueno Chizuko maintains that this institution is not a unique historical survival from the feudal era, but rather the invention of the Meiji government. She argues that "the ie institution was made to fit the model of the modern nation state, which itself was modelled on the family structure."

Given this, we can easily understand why the ie institution was so easily denied by the public after the war and the concept of "katei" (home) was adopted to refer to the nuclear family that has been a standard concept in postwar Japan, as pointed out by Nishikawa Yuko in Chapter 13. As people tend to confine themselves into their own "heya" (rooms) within "katei" these days, the question is: How can they come out of their rooms to interact with each other for their well-being as well as for their society as a whole?

In the concluding chapter, Mark Hudson and Tessa Morris-Suzuki admit that "in a complex world where communications media, cultural flows and human lives increasingly extend across national boundaries, debates over diversity and national identity show no signs of abating." Then, our task is no longer to prove the obvious fact that Japan is multiethnic and mutlicultural, but rather to show how to deal with various problems associated with mutliethnicity and mutliculturarism in Japan.

Description
This book challenges the conventional view of Japanese society as monocultural and homogenous. Unique for its historical breadth and interdisciplinary orientation, Multicultural Japan ranges from prehistory to the present, arguing that cultural diversity has always existed in Japan. A timely and provocative discussion of identity politics regarding the question of 'Japaneseness' the book traces the origins of the Japanese, examining Japan's indigenous people and the politics of archaeology, using the latter to link Japan's ancient history with contemporary debates on identity. Also examined are Japan's historical connections with Europe and East and Southeast Asia, ideology, family, culture and past and present.