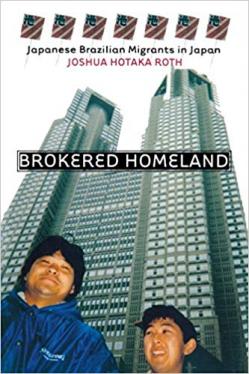 This book might appear to be a short and casual essay on foreign workers in Japan. However, just reading the first few pages would make the reader realize that this is a product of the author's serious field work in Japan for a number of years. Actually, this reader was left with tremendous satisfaction, on the one hand, in gaining insight into what may be called Japan's "Gaijin" (foreigner) problem in general, and "Nikkeijin" (Japanese descendants overseas) problem in particular, and strong frustration, on the other hand, in our inability of accommodating foreign workers due to the failure of our system in Japan, as clearly shown in this excellent piece of work.

The author focuses on those Japanese Brazilians who identify strongly with Brazil, while settling in Japan, feeling isolated and alienated in their workplace and local communities. By referring to the samba and carnival boom in Japan, the author maintains that "Japanese enthusiasm for foreign cultures has not been matched by an equivalent embrace of foreign workers" in general and Nikkeijin in particular.

His reasoning for this phenomenon is most enlightening. Instead of taking an easy way out such as blaming Japanese nationalism or racism, he regards "mediating institutions" as crucial in regulating and affecting, often negatively, the relationship between Japanese and Nikkeijin. In a city where he resided, for example, the illegal system of employment brokers seems to be playing an important role in controlling relations between Japanese and Nikkeijin and, as a result, aggravating rival feelings between them. Thus, many of the Japanese Brazilians working in Japan wish to identify themselves with something Brazilian, away from anything Japanese, at least as their group symbol, while continue to stay and work in Japan.

Obviously, this is neither a healthy nor a sustainable situation, especially when we expect an increasing number of foreign workers in Japan, because of the low birthrate and rapid aging of the Japanese population. The most important conclusion of this book is as follows:

This book is highly recommendable, and especially a must reading for those policymakers who are in charge of policies concerning immigration and foreign workers at the local as well as the national level in Japan.

Contents: 1. Introduction; 2. Transnational Identification at the Conference for Overseas Japanese; 3. On the Line at Yusumi Motors; 4. Accidents, Apoloties, and Compensation; 5. Money and Community at the Brazilian Culture Center; 6. Internationalization and the Hamamatsu Kite Festival; 7. Conclusions

The following is from the publisher's webpage: Click here

Book Description
Faced with an aging workforce, Japanese firms are hiring foreign workers in ever-increasing numbers. In 1990 Japan's government began encouraging the migration of Nikkeijin-overseas Japanese-who are presumed to assimilate more easily than are foreign nationals without a Japanese connection. More than 250,000 Nikkeijin, mainly from Brazil, now work in Japan.

The interactions between Nikkeijin and natives, says Joshua Hotaka Roth, play a significant role in the emergence of an increasingly multicultural Japan. He uses the experiences of Japanese Brazilians in Japan to illuminate the racial, cultural, linguistic, and other criteria groups use to distinguish themselves from one another. Roth's analysis is enriched by on-site observations at festivals, in factories, and in community centers, as well as by interviews with workers, managers, employment brokers, and government officials.

Considered both "essentially Japanese" and "foreign," nikkeijin benefit from preferential immigration policy, yet face economic and political strictures that marginalize them socially and deny them membership in local communities. Although the literature on immigration tends to blame native blue-collar workers for tense relations with migrants, Roth makes a compelling case for a more complex definition of the relationships among class, nativism, and foreign labor. Brokered Homeland is enlivened by Roth's own experience: in Japan, he came to think of himself as nikkeijin, rather than as Japanese-American.

This review first appeared on the GLOCOM Platform and is reproduced with permission..