The Iconoclast: Shinzo Abe and the New Japan 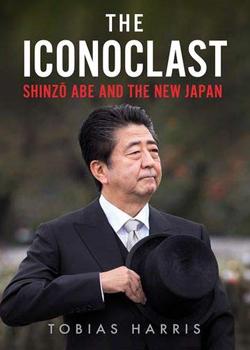 With Abe Shinzo’s sudden resignation as prime minister, again on health grounds as after his first short period in office in 2007, it is right to ask what historians will think of him. For few can doubt that he will be seen as having been a more significant prime minister than most. In September 2012 he achieved the rare feat of returning to the Liberal Democratic Party’s leadership for a second time and a few months later the even rarer one of returning for a second bout as prime minister after defeating the incumbent Democratic Party of Japan in a general election. Before his announcement he had just become the country’s longest-serving prime minister, having won in total three Lower House elections and three Upper House elections, and had become one of the few Japanese leaders in recent decades to have become well known on the world stage.

Yet longevity and recognition alone tell us little. Historians will also want to know what made Abe Shinzo tick, what he stood for, what he achieved while in office and what was his legacy. This comprehensive and clearly written biography, by an American who is now the Japan analyst in Washington, DC, for Teneo Intelligence, a consultancy firm, but who also worked in a Diet member’s office in 2006-2007 and thereby got to know the inner workings of Japanese politics, is the first book in English to offer answers.

Harris makes four main things especially clear. First, that Abe’s talent and energy became noted and recognised in particular during the prime ministership of Koizumi Junichiro in 2001-2006, including taking a prominent position over the North Korean abductions issue, as a result of which he rose to high office at a young age by Japanese standards and succeeded Koizumi at the age of just 52. That youth and inexperience, combined with his illness, may explain his poor and short first term. Second, that as well as his own talent he rose thanks to being a central figure in a political movement in the LDP that Harris calls ‘the new conservatives’, who stand for a strong state, strong leadership, revisionist views on Japan’s colonialist history and for creating more policy autonomy for Japan in foreign affairs and defence.

Third, however, that while Abe succeeded in implementing some of that conservative agenda he failed at what he has himself described as his biggest ambition, namely the revision of the 1947 constitution. And fourth, that his most lasting contribution looks like being his establishment of a higher profile and more independent foreign policy than his predecessors, even while staying close to Japan’s key post-1945 ally, the United States. His domestic achievements are less distinctive and arguably will look strikingly meagre to historians given his longevity in office and those recurrent election victories.

Ever since his return to office in 2012, the notion of constitutional revision, with the removal or rewriting of the pacifist Article 9 that was imposed by the American occupying forces, has been constantly under discussion in the LDP. For much of that time, Abe’s government has commanded the ‘super-majority’ of two-thirds of both houses of the Diet that is required to pass a constitutional revision. Yet no formal proposal for a revision has been presented, even by this arch “new conservative” whose first political memories are of his maternal grandfather, Kishi Nobusuke, battling as prime minister in 1957-1960 to win Diet agreement to a reformed and renewed US-Japan Security Treaty and whose own dearest wish had been to revise Article 9. When Kishi was forced to resign, his grandson was only six years old, but Harris reports that the whole episode ended up seared on Abe’s memory.

An easy explanation for his lack of progress on this might be that you can’t eat constitutional revisions: reviving economic growth had to take priority if Japan’s strength was to be restored. Another is that although Abe’s government has commanded super-majorities in the Diet, a constitutional revision also requires a simple majority in a national referendum, and convincing a public in which pacifism remains strong would be tough, absent a clear and present danger to Japan’s safety that current arrangements could not cope with. Both of those answers must be true, but still feel insufficient. What also has to be added is that Abe’s position as prime minister has never been as strong and dominant as his longevity in office might imply.

A significant clue to this, which is given insufficient attention by Harris, is the presence in the governing coalition ever since 2012 of Komeito, the centrist party associated with the huge Soka Gakkai Buddhist organisation. One of the interesting questions about Japanese politics in recent times has been that of why an increasingly conservative LDP has chosen to tie itself to this smaller centre-right party even when it has not been necessary for its majority in the Diet. It may have helped with the super-majority, but Komeito, a nominally pacifist party, was never likely to favour the abolition of Article 9. To which one might add, why has Komeito lent its support to the LDP?

The answer has to be that each has something to offer the other: for the LDP, Komeito has the crucial ability to rally voters to support LDP candidates in constituencies where the party does not itself expect to win. Although in Abe’s election victories the LDP fared well in numbers of seats, it has not succeeded in generating great enthusiasm among voters, with turnout declining. In return Komeito, while itself being quite conservative on social and economic issues, has served to moderate the “new conservatives” in the LDP, supporting modest reforms on defence but not full constitutional revision, and has won some economic benefits for its own voters.

Similar points about the seemingly strong Abe government’s surprising weakness can also be applied to domestic policy. As Harris explains, Abe successfully furthered the process of strengthening the prime minister’s office that had been begun by Koizumi and other predecessors. He and his team established a strong grip over the bureaucracy and over public agencies, including crucially the Bank of Japan. Yet despite all the fanfare about “Abenomics” and many years of strong Diet majorities, his economic achievements have been surprisingly modest.

All sorts of reform initiatives have been talked about but either not executed or just in a half-hearted way: faster wage growth has been called for but has not transpired; poorly paid “non-regular” workers remain nearly 40% of the workforce despite promises to get rid of the distinction between “regular” and “non-regular”; structural reforms to boost competition and reduce regulatory barriers have been tentative at best; Abe has pledged to make Japan a country in which “women can shine” but Japan has fallen further behind others on measures of gender equality. There has been success in introducing new corporate governance codes, and in introducing new rules to limit the sort of excessive overtime considered to cause karoshi or death by overwork, although the permitted overtime hours remain high. Japan did enjoy slightly faster economic growth from 2012 until the COVID-19 pandemic, but this was largely due to the absence in that time of major disasters, such as the 2008 global financial crisis or the 2011 Great East Japan Earthquake. Abenomics helped the stockmarket, thanks to more aggressive monetary expansion by the Bank of Japan, but it has had little lasting impact on the economy itself.

Either Abe and his cabinet did not feel truly committed to the sort of domestic reforms he often talked about in his speeches or the reforms were blocked or watered down by vested interests. Most likely it was a bit of both: big companies, which have long been the LDP’s key backers, certainly did not want higher minimum wages, fewer “non-regular” workers, tight overtime restrictions or tougher antitrust enforcement.

It is always problematic to write biographies of politicians while they are still in office, but Harris nevertheless has done a good and pretty compelling job, which looks even timelier now that Abe is retiring. This reviewer’s one quibble would be about the title: it feels odd to describe as an “Iconoclast” someone who is both a conservative figure who wants to defend traditional beliefs and whose record is in the end so mixed. As Harris writes: ‘But while he made some significant reforms by patiently deploying the power he had accumulated, he was unable to reverse the underlying causes of national decline’. The definition of an icon is, I suppose, in the eye of the beholder.