The Sphinxing Rabbit: Her Sovereign Majesty 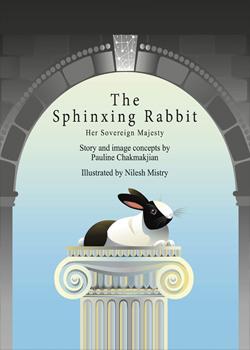 Appearances can be deceptive. As in life, as in literature. Pauline Chakmakjian’s fascinating new book cleverly employs the uncomplicated literary idiom of the fable to reveal how science and technology is cunningly deployed against us.

The Sphinxing Rabbit: Her Sovereign Majesty is no less a sobering premonition than George Orwell’s Animal Farm when you understand just how relatable the story is to our current trials and tribulations. This is despite the beautiful illustrations by Nilesh Mistry, which on every page deliver a cornucopia of vibrant colour otherwise soothing on the eye but cannot disguise how much the book stokes nightmarish themes not sweet dreams.

This is literature to inform and educate with a stark warning of a cold, dark future for the masses.This modern take on Aesop’s fables is a wakeup call and we all know of the sphinx from mythology: creature with the head of a person and the body of an animal (more commonly a lion) the embodiment of a person who keeps his/her thoughts and intentions secret.

The ingenuity of The Sphinxing Rabbit: Her Sovereign Majesty is already fittingly described as:

‘Deceptively simple in appearance yet heavy in content, the Sphinxing Rabbit series of books starting with Her Sovereign Majesty aims to communicate tenets of freedom in an entertaining manner as opposed to complex, intellectual discourse, which has already been attempted many times in history, but to little avail. Moreover, each book alludes to a few famous works of art’.

Like any good fable this is a succinct fictional story where you may encounter all kinds of animals, legendary creatures, plants, inanimate objects. Such forces of nature are anthropomorphized in a world of masters and servants, thinkers versus non-thinkers and all emanating from the symbolism of the sphinx (sphinxing: present participle of sphinx).

Inferences and questions abound: Should society be premised on carrots or sticks? Libertarianism versus socialism/communism? Such big issues evoke the rational self-interest notion that forms the basis for Ayn Rand’s literature and philosophy (see for example Atlas Shrugged).

While the unwary will admire the cute bunnies, The Sphinxing Rabbit: Her Sovereign Majesty writer will slip in unnerving casual references of ubiquitous spying ladybots in place of ladybugs and the ‘Drone pass by during the day as part of surveillance’.

As one Amazon reviewer noted:

‘There is nothing more fundamental, or important than individual sovereignty and the principle of self-ownership. The Sphinxing Rabbit, understands this principle and very cleverly communicates the current political state'.

The beautiful illustrations highlight aspects of Japanese culture such as a map of Japan, inspiration taken from the construction of Osaka Castle and a samurai sword.  The nature of the main character is such as might evoke the elements of Zen in both interactions with the various other characters as well as the essence of enlightenment, cautious movements and a general quiet, serene nature in the midst of nature and dealing with adversaries. 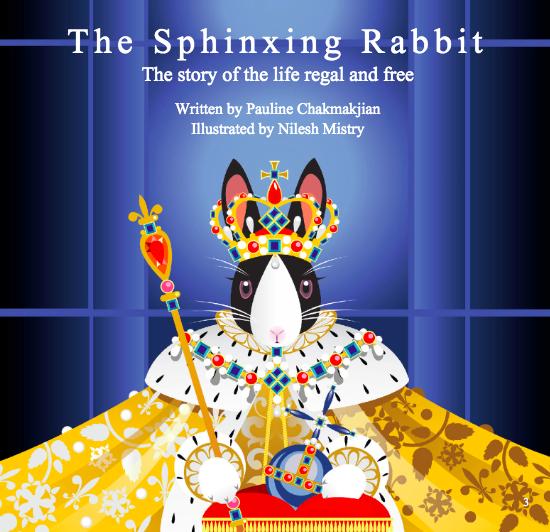 This opening volume sets the scene nicely for drama yet to come. If it as turns out less apocryphal than you might imagine, do not be surprised. The author, Pauline Chakmakjian, is a multi-talented and skilled public speaker, an international foreign policy and foreign relations entrepreneur. We are living through very dark days and this fable may yet prove to be far-sighted.

In my view, the book is suitable for children as well as adults as it has been designed to be understood on different levels by different age groups, so it makes it versatile.

The Sphinxing Rabbit: Her Sovereign Majesty is now available to buy on Amazon.