Towards Japan: A personal journey 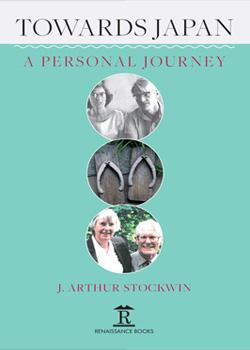 Through his 60 years as a Japan scholar Arthur Stockwin has made a lasting mark as an interpreter of the country and a major force in bringing Japanese studies out of a “ghetto” and into the mainstream of international studies. He achieved much of that during his tenure as the first Nissan Professor of Modern Japanese Studies at Oxford University between 1982 and 2003. His lifetime’s published works have covered a broad sweep of Japanese politics, economy, government and foreign policy.

The fruits of his team-building and collaborative scholarship at Oxford include more than 100 book titles published in the Routledge Japanese Studies book series, the extension of teaching courses on Japan to other university faculties such as politics, economics and history, and a weekly Nissan Institute seminar to disseminate new research on Japan to a wider community of Japan-watchers. Here he also shows himself a “critical friend” of Japan over flaws in its democracy which he sees as spelling possible trouble ahead.

Born in 1935, Arthur was evacuated from his parents’ home in Birmingham in 1941 to escape German bombs. His interest in Japan was kindled late. After learning Russian through an army course during national service and then gaining a PPE degree at Oxford, at 24 he sailed with his wife Audrey to Australia intending to do post-graduate research on Russia. Instead he “discovered” Japan and switched to a topic in Japanese politics and foreign policy, meaning that he had first to learn the language. From 1964 to 1981 he taught at the Department of Political Science of the Australian National University in Melbourne. From the start his approach was imbued with empathy as well as admiration for the country he had chosen to be the focus of his attention.

In the early post-war years the British public’s image of Japan was negative or openly hostile, shaped by recent memories and images of Emperor worship, kamikaze raids and cruelty to prisoners of war. He recalls watching a US Army training film about Japan’s wartime military power and tenacity. He was horrified that it portrayed the Japanese as 'a different and verminous species from ourselves'. His diary entry as a 19-year-old described the film as  ‘something like an encitement to a five minutes hate’ [sic]. But the episode prompted the youthful Arthur to reflect on what it would take to transform a nation known to a generation for ultranationalist ideology, militarism and political repression into a modern democratic state.

His autobiography sets out to “splice together” the author’s own life with the modern reality of Japan. What follows is a discursive account of Stockwin’s journey of research and discovery. It takes him from his native Britain via what he calls the ‘uncluttered’ intellectual environment of Australia to his multiple explorations of Japan, and eventually back to his alma mater in Oxford, where he retired in 2003 and continues to research and write.

The book is also a personal testament of faith in the country. That creed is captured in lines that he wrote back in the early 1980s, during the heady atmosphere’ generated by the economic miracle and the surge of global interest in the internal dynamics of the society that produced it.

'From the ashes of defeat in 1945 Japan has risen to become one of most dynamic and successful economic powers in the world today… Japan is neither unique (as sometimes asserted) nor merely a copy of the outside world, but rather a fascinating source of human experience which deserves to be tapped and disseminated far more widely'.

The book’s 254 pages lovingly chronicle the author’s and his family’s fortunes and impressions along the way, his navigation of the currents and channels of his academic career, and his own painstaking efforts to analyse Japan’s political system in its own terms and without prejudice. His entry point was to research the functioning of political parties as vehicles for representing public opinion in Japan, from the Meiji period to modern times.

While eschewing value judgements or stereotypes, Stockwin’s findings illuminate several very distinctive and recurring patterns Japan’s political party system. Among them are the phenomenon that parties and internal party factions often consolidate around individual powerful leaders, only to collapse and re-appear in new forms. In pre-war times, he writes, political groupings ‘divided much like cells in a human body’. The nation’s early 20th century attempt at democracy was thwarted by ‘in-built authoritarian institutions and practices’. The centre could not hold and Japan descended into ‘government by assassination’. Even the Imperial Army was beset by rival factions which vied to spearhead Japan’s path towards war.

Immediately after Japan’s surrender, Marxist agitation and ideas were contained under the US-led Occupation. But later the country’s socialist and communist Parties did fierce ideological battle with each other rather than joining forces. The Japan Socialist Party was prone to splits over political doctrines and neutralism in foreign policy. The master stroke of Japan’s right-of-centre political forces, some of which had organic links with those who led Japan to war and overseas conquest, was to bring the rival conservative force together in 1955 under the banner of the Liberal Democratic Party, which portrayed itself as a natural party of government.

Stockwin credits internal competition among the LDP’s internal factions as an important factor in the party’s ability to regenerate itself and maintain its almost continuous hold on power, while opposition parties were unable to present a consistent or united challenge. The socialists, he writes, behaved as if they were  ‘frightened’ of taking power. In 2009 a new kid on the opposition bloc, the Democratic Party of Japan, was swept into office promising root and branch political reform. In Stockwin’s account, several changes of party leadership and the DPJ’s mishandling of the 2011 Fukushima disaster hastened its fall in 2012. But that ignominious failure is described as a tragedy for hopes that Japan would establish a credible two-party system and a truly pluralist democracy.

Professor Stockwin is sharply critical of the administration of prime minister Shinzo Abe (2012 -2020), which he says consciously sought to ‘shift the balance in favour of authoritarian values of top-down decision-making’, including through curbs on free expression, the mass media and civil society. Among the negative consequences, he writes, have been a serious weakening of the mechanisms that should hold executive power to account, as well as more ‘pork-barrel politics’ and corruption scandals.

On the positive side, Mr Abe is credited with some skill in his handling of the economy as well as Japan’s important relationships with China and the United States. But the author deeply deplores his choices to ally himself with far-right organisations like Nippon Kaigi (Japan Association), and to declare his government’s intention to revise Article 9 of Japan’s constitution, the “peace clause”. Stockwin notes that despite pressure from the United States for Japan to become a fully-fledged and capable ally in military matters, until now most Japanese have steadily opposed such a change. He even warns that to get rid of the clause, or even modify it, would risk ‘opening the floodgates’ to a kind of nationalism reminiscent of the pre-war and wartime periods.

The book closes with a broad balance-sheet of the state of Japan’s body politic. It acknowledges that contemporary Japan is a stable, civilised and prosperous society which has enjoyed seven decades of peace, and its political system has played its part in delivering those benefits. But the proven weakness of political checks and balances and a retreat from democratic accountability are seen as seriously troubling. ‘The system is surely awaiting radical reconstruction’, Stockwin concludes. The implied message is that such a major task calls for a generation of leaders who possess qualities of far-sightedness and integrity which in recent years have been in short supply.