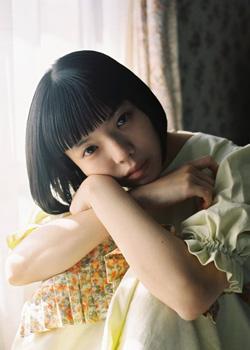 Yosuga is the 6th full-length album from Kaneko Ayano, one of Japan’s best kept musical secrets. Since 2014, Kaneko Ayano has released a body of work which charts her considerable progress as a musician. From the Britpop inspired riffs and melodies of her first two albums, she has evolved her sound to become the poster girl for the Japanese Pop-Folk scene. In Ayano’s quest for fresh sounds and new audiences, in 2018 she released a track for the Japanese remake of the immensely popular 13 Reasons why on Netflix, and even collaborated with the popular Hip-Hop artist KID FRESINO earlier this year. It is a shame then that her latest offering does not go as far as her other albums do in pushing the envelope and developing her style. That being said, there is still much to like.

While she has never been in the mainstream proper, Yosuga is Kaneko’s first album to break the Top 20 Apple Music charts in Japan. This is a testament to her prolific workrate. The album’s first track and main single, ‘Houyou’ (抱擁) meaning embrace, encapsulates everything that is great about Kaneko Ayano. Her voice is at its cutting, soulful best. The lyrics too weave the melancholy picture that pervades this album. And then, there is the video. In front of a stunning mountain-top scene, coloured with pinks and whites, the visuals are as striking as the vocals on top. This combines for what is a truly stellar start to the album. From there on, it is a mixed bag.

On her last two albums, Sansan and Shukusai, Kaneko seemed to really situate herself nicely at the intersection between Rock, Pop and Folk. The result was albums loaded with loud, energetic tracks that were memorable, and replayable. So too were there songs that were more considered and soulful. On Yosuga, the balance is somewhat off. Take for instance the albums third song, ‘Tegami’ (手紙, letter). While it’s a nicely put together song, and frontlines Ayano’s incredible vocal range, it's pretty forgettable and doesn’t sound dissimilar to a couple of other cuts from the album. This is a shame, since I expected an album like Shukusai in which practically every song lodges itself into your memory with their catchy, energetic rhythm.

Where Yosuga really comes into its own is when Kaneko’s band gets in on the action. The four-piece band Kaneko has assembled on her way from playing acoustic sets to a few people in her hometown of Yokohama to main stage performances at some of Japan’s biggest festivals have catalysed her development as an artist. I would urge anyone beginning to listen to Kaneko and her band for the first time to watch their performances at Ringo Festival, available on Youtube. The brash, punk-y performances are reminiscent of the best of British rock music, combined with a distinct Japanese musical flavour. These performances gripped me as a new fan, and will do so to any newcomer, I am sure. On the song ‘Ranman’ (爛漫, glorious) then, the penultimate from Yosuga, we have the blueprint for what makes a great Kaneko Ayano song, capturing that unique spirit. Principally, we have a stellar vocal performance, spirited guitar riffs and the band’s backing vocals which have become synonymous with Kaneko’s big hits over the past few years.

The final song, ‘Tsuioku’ (追憶, recollection) sadly ends the album with more of a whimper than a bang. It is short, sweet and melancholy as fitting with the album's theme, but is unlikely to go down as one of her greatest songs. What remains to be seen is what direction Kaneko Ayano will take this album. As has been made abundantly clear throughout this review, she is one of Japan’s great contemporary musical innovators. With her previous albums, Kaneko has totally re-recorded every track and released Hitorideni, or acoustic albums which usually give the songs a whole other feel and sound. With her newest offering having a gentler sound, there is ample space to re-imagine Yosuga.

Overall, this may not be Kaneko’s greatest album, but that is because that would be hard to do. If this review sounds at all overcritical or dismissive of Yosuga, it is only because she has set such consistently high standards through her music. The highs of this album are fantastic, and the ‘lows’ would be considered a lesser artist’s best work. I implore anyone reading this review to take the time to really listen to everything Kaneko Ayano has released. From electric live performances to subtle, stripped back acoustic tracks she is an artist at the top of her craft; Yosuga is the latest in the discography of one of Japan’s truly exceptional musical talents.