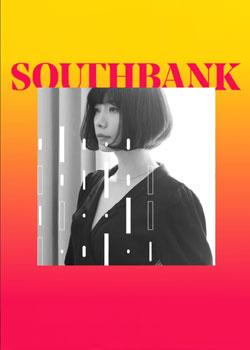 Distilled to its purest essence, Mieko Kawakami’s Heaven is a work about bullying (read our review of the original novel here). What it means to bully, and to be bullied. But it is also a character study - a sometimes charming, sometimes uneasy unfurling of friendship between two middle-schoolers. There is the unnamed male narrator (played here by Nino Furuhata) - cruelly dubbed ‘Eyes’ by his bullying tormentors due to his lazy eye. And then there is Kojima (Grace Akatsu) - the mysteriously quirky girl who offers him a glimmer of hope amidst his seemingly unending torments. Responding to her proposition that ‘we should be friends’, the two misfits strike up a correspondence with one-another, letters passed back and forth between school classes, and our narrator quickly discovers that Kojima faces troubles all of her own.

Presented at the Southbank Centre as part of this year’s London Literature Festival, this staging by Jack McNamara, Artistic Director of Live Theatre Newcastle, is billed as a kind of live reading, but in truth is every bit a kind of fully realised theatrical two-hander, and it is testament to the skill of the actors playing the two protagonists that the central relationship at the heart of the narrative is drawn into even tighter focus. Reading Heaven in book form, we - of course - flesh out the characters in our minds’ eye with a specific look, sound and feel. What is most striking about this performance is how utterly and completely the two actors resembled that mental image in both look and voice - springing almost fully formed from the page to the stage.

As the narrator, Furuhata has the lion’s share of the work to do, building a character that is both vulnerable, but also with the requisite drive to point the narrative where it needs to go. He also has the tricky task of flipping into the roles of the tormentors themselves - switching back and forth between the bullied and the bullies in a lightning quick act of role reversal. Here, the narrator is placed in stark contrast to the explosive delivery of the bullies, who both verbally and in physical gesture, dominate his on-stage presence. If anything, this makes their actions all the more reprehensible - conveyed by one actor, we realise the interchangeability of the uniformed middle-school students, and the harsher implications of the power dynamics at work here. The narrator could be anyone, lazy eye or not - but through ill chance or a simple whim, it is he who ends up on the receiving end of the kicks and beatings of the other boys, instead of the other way around.

Kojima, as played by Akatsu, initially comes across as cheery and energetic - the natural counterpoint to the more vulnerable, subdued narrator. It is only as things progress that we begin to see the complexities and nuances of her individual quirks open up into a gaping void of barely concealed agonies. In rare moments, these bubble to the surface - Akatsu bringing near-tears to Kojima’s face, or looking questioningly out into the darkness of the auditorium for answers that never come. We are never told quite what haunts Kojima, though we know the class bullies taunt her for her ‘dirtiness’. Her idiosyncrasies, what she calls her ‘signs’, mark her out as different from the others, and for all that she finds in common with the narrator, she remains, to a degree, at a remove from us in a way he never is. In a particularly powerful moment toward the end of the performance, Kojima herself becomes the narrator, delivering a few lines about herself in the third person as she is forced to confront the bullies and their most awful conceit yet. This makes for a compelling moment of dissonance, while also introducing a thought-provoking element about the ownership of Kojima’s body, her physical presence, that is perhaps more understated in the original novel.

With the actors seated behind lecterns and mics, the set-up is minimal in the extreme, the lighting similarly stark. Behind them, on a raised pedestal, the third element in this intriguing staging - gluing everything together. This comes in the form of Japanese musician and vocal performer Hatis Noit. Tipped by The Guardian as a one-to-watch and with a debut album in the works, her style is a perfect fit for the uneasiness of Heaven itself, sliding gracefully between skeletal ambient soundscapes conjured into being through loop pedals and samplers to mournful vocal plaintiffs that draw inspiration from both classical Japanese gagaku music as well as operatic styles, Bulgarian and Gregorian chanting. The effect - piecing together snippets of vocal elements - creates a kind of collage-like art-music that at times rises to the fore as interludes, momentary breathers between the intensity of the actorial dialogue, before falling away again; the sound of the breeze through leaves underscoring the poignancy of the work’s final lines.

Just as in Kawakami’s previous work in English translation - the monumentally successful Breasts & Eggs – Heaven raises difficult questions about the role of parenthood and the positionality of the female body and is similarly unflinching in the manner in which it confronts its central thesis. At times coming on more like a philosophy primer than a work of fiction, the performance reaches its fever pitch in a stirring showdown between the narrator and one of the boys bullying him. The narrator remains convinced that he is picked on because of his lazy eye, while the bully offers up the devastating riposte that they do so simply because they want to, because they feel like it, because - perhaps - the narrator simply lets it happen to him. To reveal what happens next would be to spoil the climactic resolution between the narrator, Kojima and the bullies - but suffice to say, in a typically Kawakami-esque way, it invariably raises as many questions as it offers answers.

This constant questioning, this picking away at what we come to perceive as normal or abnormal, is Kawakami at her most thought provoking. The unique charm of this staging of Heaven is the intensity of characterisation it places on its central duo - the narrator and Kojima. Their relationship, fumbling between friendship and exasperation in the face of incomprehensible hardships, is the beating heart of humanity and depth of feeling in a world that in all other ways seems cold and cruel. Breathing life into the characters, Furuhata and Akatsu offer up a stirring take on Kawakami’s novel, perfectly underscored by Noit’s embracing soundscapes. The sharp intensity of Heaven’s central theme of bullying remains as icy as ever, but in this brief moment, in the spotlights of a Southbank stage, the prospect of hope offered up in the novel shines stronger than ever too.

Join us on Monday 13 December 2021 for a informal online discussion of Heaven in our monthly book club.